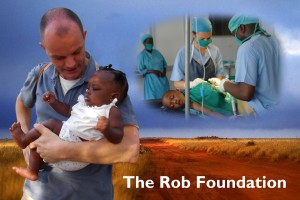 Rob Goossens has always been a man with large social responsibility, who translated his ideals into concrete plans. This started at a young age with his affinity with healthcare. Starting off by studying medicine, quickly to be changed to studying facility management. His work has always had a relation with healthcare. This became evident through his work at Planoform, which later became “Zorg ID Volkerwessels”. He concentrated on project development where living was combined with healthcare. He started at Zorg ID, after he had worked as facility manager at healthcare facilities, “Diessenplas”, the “St. Josef” which later was combined in the healthcare group “de Leiboom”.

At the same time he was involved in a variety of volunteer institutions. For instance, he aided the “Noorderbrug”, an institution for people with a handicap, a chronical disease, by giving advice and undertaking actions. Also, he was part of the Board of Directors of the housing association “Goed Wonen” and in the board of the “Eagles”,  Deventer’s soccer club. One of his biggest projects was realizing a school in Uganda for the Makula Foundation. He had a way to make people enthusiastic and one year later it was accomplished: a school for the Makula Foundation.

Rob was a passionate man, with lots of love for the people around him. He also saw this foundation as a dream for his daughter Tamar, who wanted to contribute as a doctor to improving the healthcare in Uganda. He supported this plan whole heartedly and wanted to establish a foundation.

He was not able to accomplish this last plan, but in his memory an enthusiastic board took over Rob’s goal and created the foundation: The Rob Foundation.